Canadian born Johnny Rae Lee from Toronto, is a blues artist, singer songwriter and crafty guitarist, quoted at Etna in Blues Festival as having “ the right combination for stardom a warm enchanting voice and a style in playing and composing that is worth listening to, a combination of the past and contemporary blues, both electric and acoustic styles are present in this artist’s songs, his blues is easy listening, he is a genuine story teller who is able to capture moods and incorporate authentic feelings in all his songs” Coming from a family of musicians has certainly encouraged an inner growth in regards to performing and communication through music.

A bit of the Past

Johnny Rae Lee discography includes “Stories” (June 2016), a collection of acoustic and electric blues, which touches various life stories and experiences lived both by the artist and stories of everyday people seen through his eyes. With great affection “Dreaming” was written just after the 2015 terrorist attacks in Paris and is dedicated to France and its people as a message of hope and change.   “I got the blues on my mind” quoted from the track Blues On My Mind, the artist starts to understand that blues is what he wants to do at a very young age and so decides to go on a music study trip to Mississippi and New Orleans to hang out and play the blues with the musicians of the area. When he returns to Toronto he continues to play blues in various bands.  In 2000 he is invited by Eco Art to participate in “Young International Talents” which takes him on a small tour in Sicily and Italy during which he meets Corrado Della Luna a  blues drummer who he will play with during the tour and become great friends and music partners, He then is called to sing and play with the Rolling Papers Blues Band (2005 -2010)  where they become very active in the Blues festival scene and playing at the Alcamo Blues & Etna In Blues Festivals and opened up concerts for great blues artists like Eric Bibb, Popa Chubby and Daniela Cotton  just to name a few.

The Blues Boys ( the band)

The Blues Boys are the  musicians that play with Johnny both in the studio and on the road, on the drums Corrado Della and on bass Dario Iovino bring the blues to life. All three musicians met  in the late 90s through various musical activities and then finally decided to get together and start making music although not at the same time, Corrado Della Luna has played on the first Cd Stories and also on the up coming Cd called Reflections Dario Iovino on bass come into the picture and had played a contributed a lot to the new Cd Reflections. They both have a great touch, sensitivity and sound, as well as excellent and innovative musicians. a fundamental part of the Johnny Rae Lee sound ad experience.

Currently Johnny Rae Lee and the Blues Boys have finished recording the second band new Cd called Reflections which will be published in mid-May. It is a collection of 10 new songs written by Johnny and produced together in collaboration with the Blues Boys. 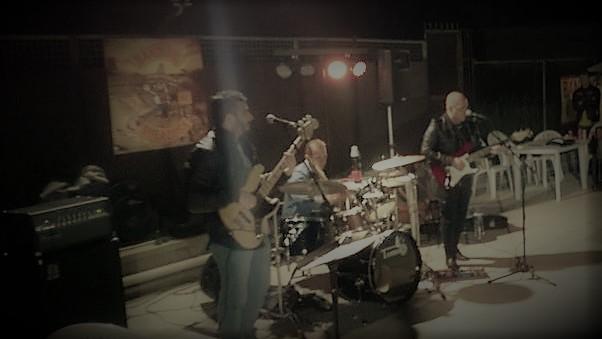